While the emphasis of this website will be the concept of a low carb diet for diabetics, much of what I cover pertaining to food will also apply to people following a ketogenic diet.

Unless you have been living in total isolation over the past couple of years, you probably have become aware of the keto/low carb (carb-restricted) diet craze.

You may have friends, family, or co-workers extolling the virtues of bulletproof coffee and fat bombs.

Someone you know may have lost a significant amount of weight and kept it off.

Maybe you know someone who has type 2 diabetes who is maintaining normal blood glucose levels by following a low carb or keto diet.

Here, on this site, we will dive into what all the buzz is about surrounding this seemingly “new” diet. It really isn’t new, but I will address that later.

Are You Curious About Following A Keto Or Low Carb Diet?

Mainly, following any carb-restricted diet involves lowering the number of carbohydrates you consume in a day. The amount and the source of these carbohydrates (carbs) will vary from individual to individual based on their health and goals.

While there is no universally accepted standard for either the keto or the low carb diet, there are general guidelines.

A keto diet generally contains less than 20 grams of total carbs a day, though some advocate anything from 20 – 50 grams per day. It has the goal of entering a state of ketosis in which the body is burning fat for energy rather than glucose.

There is a lot of overlap between the two diets. Both can result in significant weight loss. Both encourage eating real food and cutting out processed carbohydrates. Both have substantial bodies of anecdotal evidence to support them.

Benefits of a Low Carb Diet for Diabetics

At this time, we need more long term controlled studies, but the anecdotal evidence is growing. If you are overweight, have type 2 diabetes, or are dealing with an auto-immune condition, you might want to look into what the benefits vs. risks might be for yourself. Especially if you have type 2 diabetes.

Many people choosing to follow a low carb or keto diet are controlling their type 2 diabetes better. While the ADA (American Diabetes Association) recommends an A1C level below 7%, many people with type 2 diabetes are safely achieving and maintaining numbers in the “normal” range of 4% – 5.6% by following a low carb lifestyle.

People who have failed at every weight loss diet known to man are often successful, losing a significant amount of weight by following either of these diets. People losing weight with a carb-restricted diet often report that they are satisfied with the food, feel full, and experience less or no cravings. This satiety seems to make it easier to stick to and maintain as a permanent way of life.

Do You Wonder If It Is Safe?

For most people, it appears to be, though the news occasionally comes up with sensational, attention-grabbing headlines that would have you believe otherwise.

In reality, many cultures throughout history have eaten this way. The introduction of processed carbs as a significant portion of our diets is less than 100 years old. The logic of claiming that carbs are a necessary part of our diets since it is a very new addition escapes me.

Can It Be Maintained Long Term?

Most people report feeling so much better on a carb-restricted diet that they have no (or little) desire to return to their previous way of eating. I have personally maintained this way of eating for over four years and do not find it challenging to think of it as a permanent change. Yes, some social events can make it difficult, but these are manageable. It does take a mindset that does not allow for viewing it as a temporary method to lose weight.

Is Eating a Low Carb Diet for Diabetics Too Much Work?

But meals don’t have to be complicated.

Is It Too Expensive?

It can be expensive, depending on how you look at it. It doesn’t have to be.

If you set out to bake substitutions for all of your former sweet treats, yes, it will be expensive (and probably not as effective). Ingredients like almond flour and sugar replacements are pricey compared to white flour and sugar. Still, you will use them in smaller quantities for occasional treats only.

If you prepare simple meals (attach a link here too) with basic salads, vegetables, and proteins, it can be quite reasonable. Over time you will notice that you are eating less food.

If you are accustomed to going out several times a week, you may see a drop in your food budget.

As you begin buying less processed food and more real food, your food budget will shift, but not necessarily increase.

Think about the cost of a pound of cauliflower or broccoli compared to a bag of potato chips. Which one is going to fill you up longer and provide more nutrition? Or how about the comparison between the average fast food meal vs. eating several ounces of meat, a salad and a cooked vegetable at home?

And what about other, less immediate, potential cost shifts? What about the future medical costs associated with diabetes, obesity, and other health issues. What about future work and lifestyle restrictions due to deteriorating health? All of these play into the actual cost of eating a healthier diet.

Are You Convinced That High Fat is Bad for You?

Fat has a lot to do with both the flavor and texture of our food. When you take it out, something needs to replace it to maintain the food’s appeal. And that something was processed carbs.

Do You Want to Give Low Carb Eating a Try?

If you have decided to give low carb a try, I will be here to provide inspiration and support.

I will continue to share what I learn about the latest research and products.

And I will continue to experiment in the kitchen to provide you with great food options that meet the low carb and keto guidelines to help keep you on track. 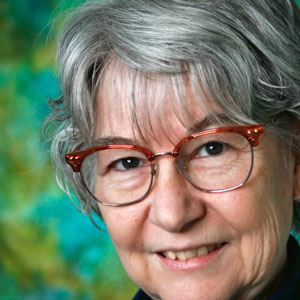 Kim has been living and thriving as a lifestyle controlled Type 2 Diabetic since 2015.

She loves keeping up with current research as well as experimenting in the kitchen to keep her low carb diet interesting and flavorful.

She lives in East Central Wisconsin with her husband and loves to travel whenever possible.